(Film) – Wrongly accused of sexual abuse in 1994, now that they are free, they are fighting hard to be exonerated.

4 Latinas. 4 Lesbians. For their right to have their lives back.

“Southwest of Salem: The Story of the San Antonio Four.”

The documentary was presented Monday night at the Castro Theater in San Francisco, as part of Frameline40 -the ultimate LGBTQ film festival.

The audience cried and applauded; outraged, amazed, touched by what happened to these women and their families.

Powerful, told in detail, it can make you cry. It is about social unjustice, prejudice, and biases against the LGBTQ community; but it also shows the type of strenght necessary to come out from prison more victorious and forgiving than defeated or revengeful.

It is one of those films that moves you into action.

See it at Piedmont Theater Thursday June 23 – 7 pm. Must watch it. #Frameline40 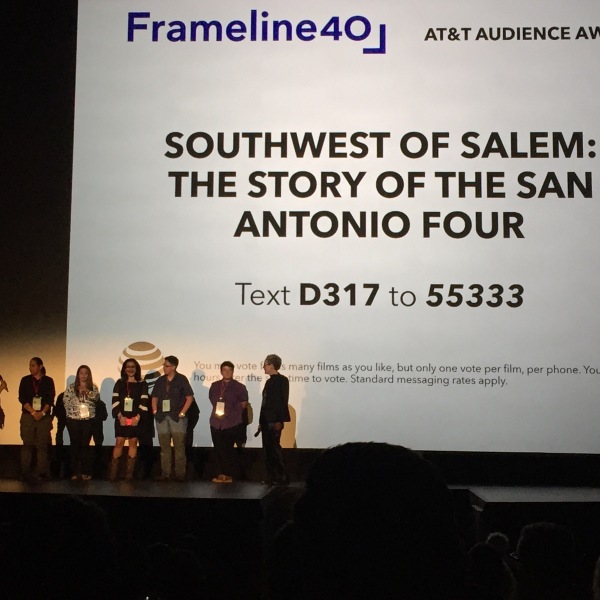