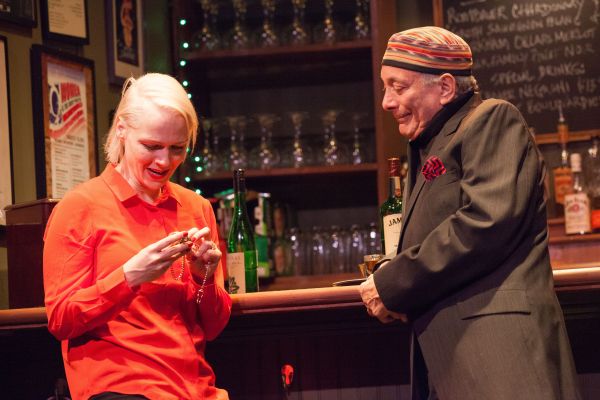 (Theatre) – It is one of those stories many of us remember. A person who in the past had a lot to do with you and you with them; perhaps unfinished business, a broken heart, or a connection still going strong many years after.

Entanglement is a five-actor play led by a woman (Emma) and written by another one, but also a drama with strong masculine presence. People meet at a bar and so the story starts. They meet again and again, at the bar and at a recording studio, revealing a character and a thread each time, and the cords that may pull one another. The amazing thing is that at the beginning, the audience does not know how much they will be into it, captivated by funny and engaging dialogues, great acting, and the combined energy of the cast.

The play lasts 90 minutes but nobody realizes it because time goes fast. Entanglement entertains, captivates and moves the audience to a certain height noticeable towards the end when everybody looks between bewitched and moved.

Entanglement is written by AJ Baker, directed by Louis Parnell, and produced by 3 Girls Theatre. Go see it at Z Below – 470 Florida St. San Francisco, CA 94110. It is now playing and until December 17, 2016, as follows:

Aside from being a well-told story, and AJ Baker’s approach to how we deal with the choices we make, what I appreciate the most is the synergy created between the cast members, and how it transfers to the audience. Emma is a strong-willed woman, Luke has the wisdom that age can bring, Rob is like most husbands, Jeri is both dramatic and funny, and Sam is funnier. Great acting from all.