(Local Artists) –It is hard to not admire how Maria de Los Angeles sets her mind to pursue a dream and works through the process, realizing it step by step. She reminds me of the “Midas Touch,” King Midas in Greek mythology who had a keen ability to turn everything he touched into gold, but it may not necessarily be gold what Maria de Los Angeles brings to life; it is rather art, self-realization, community, and a whole bunch of inspiration for others! 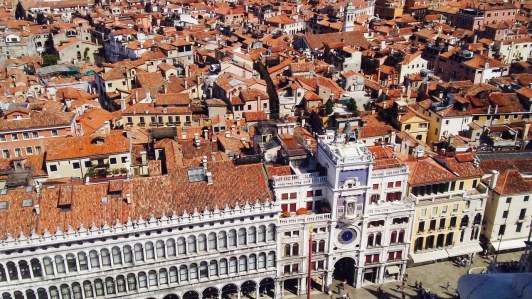 Right now, she is a visiting instructor in Italy, teaching on Jacopo Tintoretto’s work, in Venice, sent by the Pratt Institute in New York. A young, refined, beautiful person and artist doing something amazing.

“It truly is a dream come true, one I had since I took classes at the Santa Rosa Junior College. Italy is where most of the great art in sculpture, architecture, and painting is,” Maria said via Facebook messages, since I couldn’t make Whatsapp work, and forgot all about Google hangouts.

But this trip matters more because of her immigration status, as she is undocumented. “I just never thought I could here due to my status. I had postponed it; deferred it if you wish.”

When Maria de Los Angeles  was 11 years old, her family brought her to California, from Mexico. She attended school in Santa Rosa, a town in Sonoma County, all the way to community college first; then she continued her studies at the Pratt Institute  and graduated with a Bachelor of Fine Arts degree. Soon after, attended Yale University School of Art and graduated with a Master of Fine Arts degree. She currently works for the Pratt Institute.

Another brilliant undocumented student who doesn’t limit herself. But Maria did not stop there she had the vision to help a community heal via the art of painting, when the community needed it. 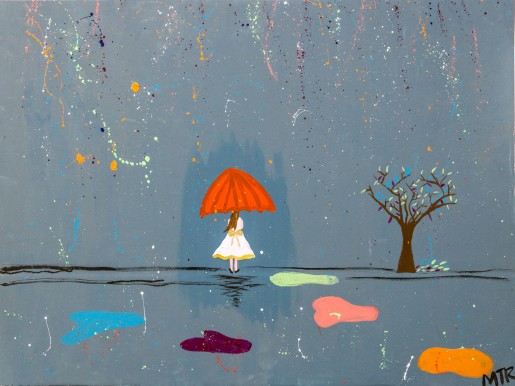 In July 2014, months after a tragedy known as the Shooting of Andy Lopez (Oct. 2013) in Santa Rosa, in which questionable acts of policing left the community wondering about violence, racism, and other social injustices, Maria de Los Angeles noticed distress and fear on the children, in the aftermath of this tragedy and other incidents of violence in the Roseland neighborhood, heavily Latino and Spanish-speaking.

The young student acted quickly, creating an Art Summer program, galvanizing the town’s leaders, and gathering the thousands of dollars needed to buy art supplies, pay for instructors, and ensure the program was free of cost to the children and their families. She wanted to help them heal and she succeeded, and that is just one example of her achievements. 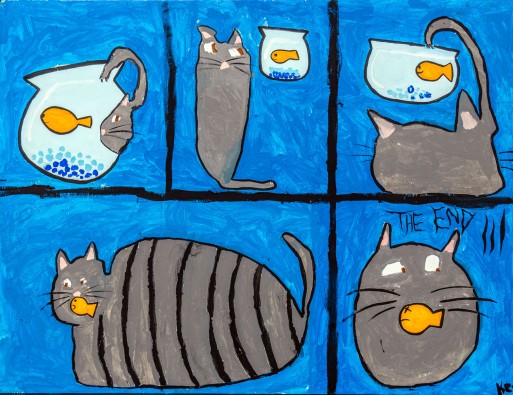 For the last couple of years, her time has been devoted to studying, working, moving back and forth from the East Coast to the West Coast, and applying for grants and similar opportunities. Those who seek new opportunities know it well: it is time consuming, it often involves money, and one has to be consistent and persistent as not all doors open. But when one does, it is a sweet reward.

Maria de Los Angeles was granted the opportunity to teach abroad with the Pratt Institute, and she figured out how to go to Europe even though she does not have US residency, a visa, or other documents allowing her to leave the United States and come back. She equally worked on how to cover her travel expenses, and so she sold her paintings and gathered money from here and there.

Seemingly, money gets in the way to dreams coming true; but not for Maria. Following her older sister’s advice, she opened a gofoundme account. She felt a little embarrassed at first, she says, but she moved forward anyway.

“I had to work on my pride and accept that although I got an education and a job, I couldn’t afford something all artists should get: a trip to the most important place in art. I did not want to make a fool of myself.”

Back to Summer 2016, it is night time in Italy while I am writing this, and day time in San Francisco. Renting a room at a houseboat in Burano, Maria de Los Angeles is about to go out for dinner. Tomorrow she’ll be teaching drawing and Tintoretto’s methods. In a few days she’ll be going to Florence and Rome, walking around and seeing first hand what she had seen in textbooks and museums. But money is not abundant. Her payment as instructor in Venice won’t come in until more than a month later. I asked her about money and she candidly answered:

“I am at the end of the money raised and so things will be a bit hard. I couldn’t hire a figure model for the workshop I am teaching, and so not everything is easy but being here is great.”

Maria de Los Angeles impresses and inspires me and others. She is making her dreams come true by asking for help, putting herself out there, staying positive, paying it forward, and most importantly, not allowing circumstances to stop her from doing what she truly loves.

“I am always hoping for the best. I sold a watercolor the other day. I think that I am lucky to meet the most wonderful people along the way.”

In case you wonder how will she be entering the United States back after her stay abroad, it is due to something called “Deferred Action for Childhood Arrivals,” giving special concessions and travel privileges to people in special immigration cases. It takes lawyers and letters and community input; sometimes it is granted, sometimes it isn’t.

And so Maria de Los Angeles got that special permission. Must be her Midas Touch. Or maybe it is the way she carries herself and how she works towards her dreams.

Writer’s Note: If you feel compelled to contributing to Maria de LosAngeles trip to Venice, you may go to “GoFundMe” and search for “MyTripToVenice” As a thank you, she says in gofundme “I’ll give a watercolor or lovely sketch.”